Mr. Gehry, You Cannot Be Serious 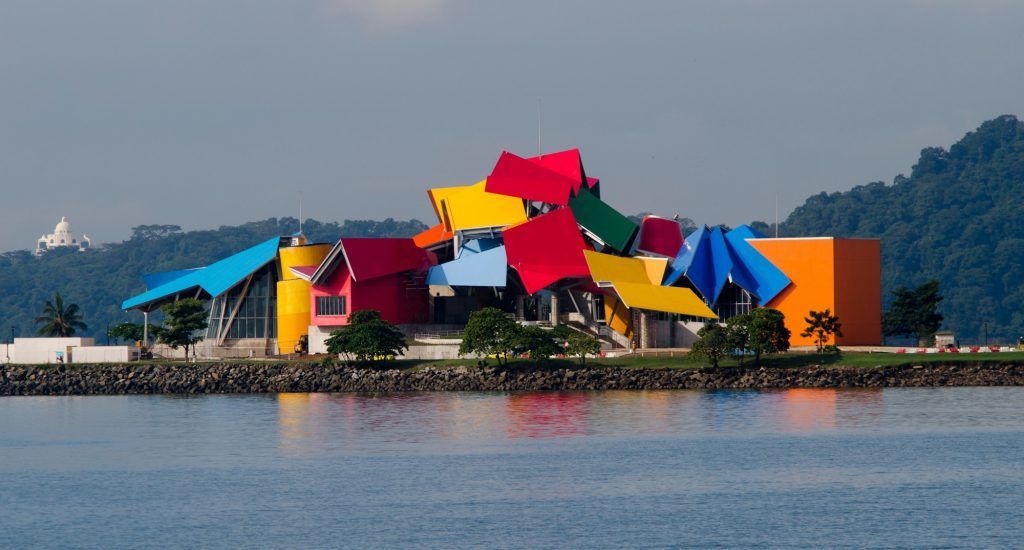 Mr. Gehry, You Cannot Be Serious

He’s a funny man and a clever architect. Maybe he’s far too Gehry-ish

The latest work by Frank O.Gehry — the Biomuseo in Panama — is about to be completed. Here are some things we might say, looking at this work, about him and his “poetry.”

This time in Panama, Gehry chose option #2: The building was going to look like the usual Gehry, so he decided to use colors. Aluminum? Already used. Titanium? Done. Colors? Sometimes. A lot of colors? Go for it.

Colors in architecture are able to distract. Nobody knows why, but at a certain point it’s no more about the architecture in itself but about its colors. It’s kind of a subtle way to divert attention from its essence to its appearance. “Mmm, I’m not sure I like that red. And that blue? Did you see it? Awful.” And suddenly everybody is talking about colors instead of spaces and functions.

Something really bad happened to the maquette

Gehry’s buildings often make me wonder if something really bad happened overnight to his maquettes. The evening before he left his studio the maquette was just fine, but the next morning it was a collapsed version of what he left a few hours before.

Panama is no different: it’s like an earthquake hit the building. Sometimes it’s the curved surfaces version, this time it’s just made of collapsed planes. In different colors, please.

Gehry is what the world thinks he is

The thing is: the world — or at least his clients — wants Gehry to be Gehry. He does strange things. He uses curved surfaces, sculptural objects. A lot of curved things. That’s Gehry. He stopped being a creator when he became a brand of himself. His studio grew bigger and bigger and his clients too and everybody expected him to be just like that: the architect who designed that kind of buildings. One time they’re metallic grey, the other colored. Always gehry-ish, always strange.

The Panama project is described (I assume by Gehry himself) like that: “The colourful design is intended to represent the narrow land mass now known as Panama rising out of the sea to unite the drifting continents of north and south America three million years ago.”

My opinion on these words is: Ok, I don’t see anything like that, but ok.